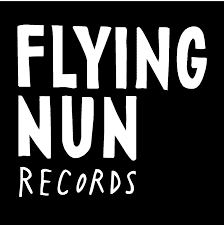 Whilst the first two bands in this series were located in Dunedin The Bats were formed in Christchurch. Already with the first song to the Tuatara-compilation they showed us their trademarks: classic jangle indie-pop songs with wonderful picked guitar strings. The Bats are still on tour and working on new material. Their songs are still worth to listen and in my opinion some forgotten gems.

The Bats - North By North

Named after the French poet Paul Verlaine The Verlaines are another New Zealand band that should be named in this series. Their songs are often not that song you expected when listened to half of the song. I thought many times how to describe their sound so let Wikipedia tell:

The Verlaines were noted for their angular, "difficult" song structures, wordy and downbeat lyrics, unusual subject matter all contained in often frantic up-tempo playing. The Verlaines were led by songwriter and vocalist/guitarist Graeme Downes although many other New Zealand musicians played guitar, bass, drums and brass instruments during the different stages of the band.

Nevertheless - they made great songs we should listen to from time to time.

Great stuff, Walter, but however you proceed with this series: don't forget to feature The Doublehappies: a MIGHTY band they were!!

The series will Not be complete without them. Be sure Dirk

Way to go, Walter. Flying Nun deserves a dissection. The Bats have just seemed to get better with age.