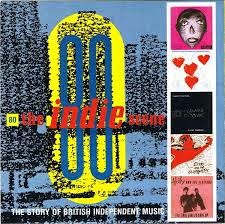 Back in real life after my military service and going to work as a regular employee in my job in a bank. I found my peace of mind spending eight hours in the office to hang around with my pals in the evening. It was also the days we formed a football team sponsored by the owner of the pub we hang around. This pub was hardly frequented especially on weekend. In the early 80s there are only two ways to serve music to your guest. Either you play a tape or you switch on the radio. So the idea grew that me and some friends will DJing on the weekends. And from then on I used to walk into the pub on Friday or Saturday with a wooden box full of records playing them to the audience. I remember some unforgettable evenings in these days. Looking back to the music I think a lot of classic songs were released. It's only a short list but man I love this songs.

I think, just like SA, you've run out of bandwidth with your downloads, Walter ... I've another try next week then. But either way, musicwise, this is a pub I very much would have liked to visit back then!!

What a mix, Walter! I'm not sure many on this side of the pond realize there was more to Modern English than After the Snow.

This pub plus your musical choices - sounds like my kind of place. Particularly pleased to see 'Washington Bullets' in your set.

Terrific songs Walter. But it's almost impossible to go wrong with a "best of inidie-1980". Great songs, Plus the Clash.
George