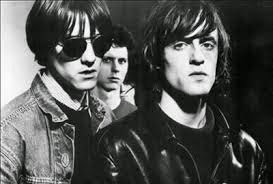 Spacemen 3 was an English alternative rock band from Rugby, Warwickshire. It was founded in 1982 by Pete Kember and Jason Pierce. Their style was to be assigned to the space to rock and the shoegazing. In 1991 they resolved and Jason Pierce founded Spiritualized together with Jon Mattock. Besides, they developed from her motto "three chords good - two chords better - one chord best" an independent, uncompromising sound and fell under influence, among the rest, under tape like MC5, The Stooges, 13Th Floor Elevator and The velvet Underground. They released their masterpiece back in 1988 with 'Playing With Fire' an epic album by some weird ones. Differences of opinion between both dominant leaders were every now and then the reason that such an album could originate. It's a compact recording and the gift to their fans. Most of the song on this record were mellow, slower and soft like Spiritualized used to play a few years later. But there was one song on this album that drove me almost crazy when I first listened to it. 'Revolution' is this kind of song you listen for the first time and you'll never forget. A song only played with riffs, echoes and feedback with an steady going bass line (that comes angry to your ears) and lyrics that was written against the politic of Mrs. Thatcher (like most of the bands in this era did). I can remember when I listen to this song for the first time. It was at the end of 1988 and we had in Southern Germany the ability to listen to Alan Bangs (we called him the poor man's John Peel). When he made his last radio show before he was banned from the airplay because his kind of music wasn't compatible to the mainstream he made a two hours set with the music he was influenced and addicted to. Me and a couple of friends listened to this show and I was captured by this song. I thought by myself: This one must be much more an awesome song when you smoked something good.

Tune up loud and give yourself a pleasure while listening to it.
Have a good weekend people

Love Spacemen 3. Take Me To The Other Side being a particular favourite.

Love Spacemen 3. Take Me To The Other Side being a particular favourite.