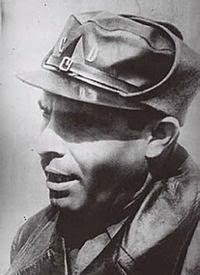 Any time there were labels one could count on. There were Sun Record, Chess and Motown in America and Island and Stiff in Great Britain. From the late 70s to the early 80s I bought a lot of albums released by Stiff Records because they have very often met my taste. In 1980 they released an album by an artist they signed from the United States. Joe King Carrasco and the Crowns appeared on the scene as the reincarnation of Sir Douglas Quintet with their Tex-Mex sound. I loved they weired mixture of Tex-Mex, Rock and Roll, New Wave and Garage Rock played with passion. It was the sound of the summer and played on almost every party. And I think that's what they stand for: having fun and making you a good time. And by the way: He had later Michael Jackson on backing vocals on a song.