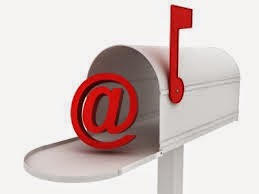 Tons of music arrived at my in-box during the last month and it took me a few day to check out what's worth listening a second time. Lots of songs I deleted at once because it's professional but mainstream, not worth to name the band or simply it didn't touched my soul. So the artists I would like to introduce ......

Let's start with Amber Norgaard a singer/songwriting nurse from Iowa. I was impressed about her passionate vocals, eloquent lyrics and beautiful piano/cello/guitar song arrangement that ignite my soul. Just a peaceful music for late in the evening.

Amber Norgaard - Light to the world

The next artist calls them Purple Eve and that's what they write in their biography:


Purple Eve is a Russian-Swedish English-singing band based in Moscow, Russia.
The band was founded by two beautiful girls who were inclined to make experiments with sound using any item they could reach. Luckily for descendants, sometimes they reached actual musical instruments. In this manner two first lo-fi albums were released. Later with acquiring several naive musicians the duo transformed into more or less classic rock band. Although weird lyrics and evocative performances were among the things that didn't change.
Just when fans and critics agreed that Purple Eve play some kind of post-grunge, the band invited trumpet and dj, thus irrevocably baffling their audience.
As you can hear, today Purple Eve has no specific music style. But the band definitely has style.

And indeed songs you can't get out of your ear when you listened to them. Also arranged very well.

Mighty Soundscape is a project by the N.Y. musician Michael Zarucki. Listening to his music it reminds me on the better days of Jack White and a melange of heavy rock, blues and alternative rock.

Another band that's worth to listen comes from California: The Rocket Stars are the brainchild of musician and graphic designer, Gareth Walters. Based in San Francisco, their music is heavenly influenced by the artists birthplace, in the dark heart of England. This is what the artist says about this song:

Now resident in San Francisco, the band's roots lie in the ruined coal fields and steel mills of the industrial heartland of England, and the first track, "The King and Queen of Coal Town" tells the story of the Huskar mining disaster, in which 26 children, aged seven to 17, were drowned in a flash flood.

The Rocket Stars - The King and Queen of Coal Town

Another fine pieces of Folk / Indie Folk comes from Kollin Baer. Most track I listened to were played in a downtempo and added with little piano parts. Kollins sad and intensive voice makes his songs to a little experience into sadness.

madelyniris is the project of Madelyn Munsell and she describes her records as indie-pop. Influenced by her father as rock musician and her mother as a classically-trained vocalist and piano player she found herself in superb and unique pop songs. If I look what's in the charts right now I wonder why her songs weren't played in the mainstream radio.

From Newport, South Wales come Crisis Talk a band that has learned from a lot of independent stuff released during the last decades. Well aranged songs with classic indie guitars, stoic drums, a steady bass and a markable voice makes fun listening to.

Thanks for doing the hard bit Walter - going through it all and leaving us with the good stuff!

Thank you CC. It's a pleasure for me to serve you all.