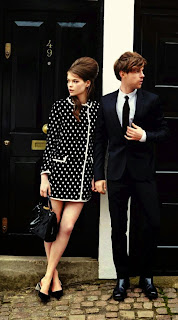 In the early 60s a small TV-station in Bremen, northern Germany, started a monthly show presenting the newest beat music from Great Britain. The bands appeared to a playback-sound but most of the people watching the show didn't mind. Older friends of mine told me that they were happy to see these acts at all. It was similar to Top Of The Pops but filmed in black and white. The show called 'Beat Club' is a classic and we grew up with this series. It was obligation to watch this on Saturday afternoon. In the late 60s they changed the size. Now they invited the bands to play live in the studio. After the Beat Club closed the Musikladen opened the gates. There was no more eclectic choice in the artists that appeared. They opened their ears for new music and sometimes they let some bands play almost a whole set in front of a small audience. You can find some gems from these times in the internet (some more are filmed live concerts in the Rockpalast series). I think from time to time I'll present some of them on this place. So take some time and enjoy the show of the Ramones from back in 1978.