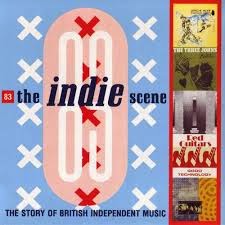 This year was a very political year at my place. First because of NATO double-track decision and the following installation of nuclear weapons in Germany by the American army and second because of the final denying of the planed census by the German government. Watching the songs on this CD I think there are less songs with a political statement on it. It seems the music is generally moving to singer/songwriter with them introverted lyrics of electronic dance/dream pop. But there is nothing to complain about because music is every time in motion and this is just a little spot on what's happened.

Otherwise there were songs that reflect life more than shown on CD.

Enjoy and maybe you have some good memories according to this year.