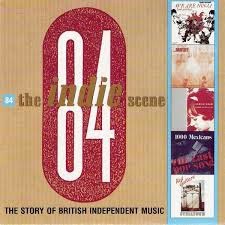 Looking back this year seems like new music established in the place where I lived. Not that there was too many folks that agreed to this kind of music but there was still a scene. New local bands (that sadly never released any track) appeared for a few years and vanished again. A few weeks ago one of these bands made a reunion gig 25 years after they split. F.A.T. Insects played in a great venue - an old cinema. I went there expecting nothing than let my memories cruising around this time. And I got a great concert. It was not only nostalgia listening to them - I was astonished how good they were. Even better than decades ago. And it wasn't only me having fun at this concert. A lot of people appeared that I knew from these times and haven't seen them for long time. All in all one of these evenings that will be unforgotten.