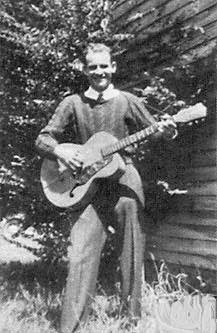 Malcolm Yelvington is another artist signed by Sun Records that failed. One reason might be that Elvis Presley released his first record one week after Yelvingston's first single. And in fact that he hasn't the physical presence on stage he wasn't the next big thing to come. He released some great songs during his career and this one is one of his earliest and best.

I do like a bit of classic rockabilly, Walter!