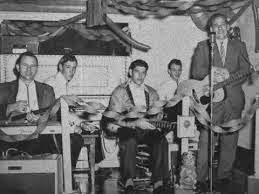 Another forgotten rockabilly singer/guitarist from Tennessee was Don Willis. He played audition to Sam Philips of Sun Records but got no contract. He later signed to Satellite Records and denied a contract to Mercury a far bigger label. So it's another great single that might be a classic if it was released on a bigger label with more abilities to promote them. Here is his first single 'Boppin' High School Baby' backed with 'Warrior Sam'. Both classics in this genre.

Two fine rockabilly twangy tunes Walter. There's somethig about the genre, you bnever get tired of listening to those old songs.
George

Yes it is George. I love this old tunes from time to time.