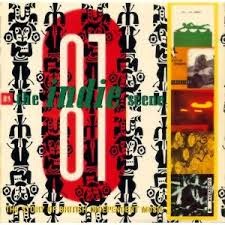 1981 was the year independent music changed his face. During the last years a lot of bands became highly rinsed playing short guitar based songs with a lot of verve. Now it seems that pop and the spirit of singer/songwriter get a foot in the door of new music. Fantastic bands like Haircut 100, Aztec Camera appeared on the scene as well as acts like Flock of Seagulls or Hazel O'Conner. I don't want to wail - it was a very good thing that happened to new music - they enriched us with their music. Now I could spread my musical spectrum to even this music.

In my hometown the first so called 'punk bands' showed up in some locations. Absolutely a few years too late but they had the power and the spirit in it. I remember a few concerts where there was for one hour totally weirdness listening to some young fellows playing mostly cover versions of their heroes. Still in 1981 the mainstream ruled my little town. The jazz purists refused to listen to this kind of music, the Deadheads were still smoking pot and the rest was listening to Phil Collins, Journey or Pat Benatar but the scene grew the more we outdistanced from them. I remember one of the first concerts by Fido and the Insects (one of the first local punk bands) in a very small club playing in front of 80 people watching them. Listening to them crudely sound wasn't fun at all but we loved their power and enthusiasm. A few month ago I watched them after more than 30 years when they played a reunion gig. Everyone's got older (and maybe wiser), the dudes learned how to play their instruments and the crowd was happy for another evening to remember these days.

More of stuff like these you will find in an older post of mine.
Eingestellt von Walter um 07:00

Yes, the Au Pairs' track is excellent. And a GREAT song from the dBs.
George

Some truly great stuff here Walter, though I've never been too struck on Falco.