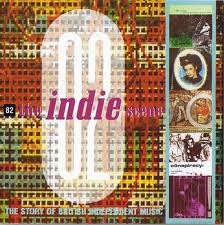 Looking back to this year in independent music it is torn between regular New Wave and the rise of singer/songwriting or classic soul and some kind of dark wave. It was some kind of transition. More and more styles showed up and opened our ears to sounds long gone by. As an example is Mari Wilson who guided lots of people to classic soul - maybe it's the birth of Northern Soul - I don't know but many artists in this year showed us that there was more than punk/new wave. Anyway, old and new had their place in music and many of us became aware of the new sounds that was played (whys and wherefores could ABC have so many success?).

That mention of Mari Wilson reminds me when I saw her in concert 31 years ago. She came on after The Smiths, and gave a far far better show.
George

Hi Walter. What a list! A very good year, indeed. I think the Mary Wilson link is a repeat of Night and Day.

What a great year 1982 was for music, some top selections today Walter. Particularly The Wild Swans,what a great song Revolutionary Spirit is...