The Heart Of It All 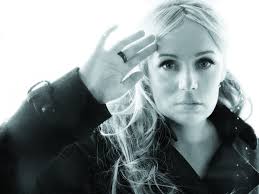 A few months ago Isobel Campbell returned with a new album after a hiatus of a decade. The main reason she appeared only for a collaboration with Mark Lanegan was that her record company busted and she had to enforce the rights of her own songs. Campbell may have start with new songs but she decided to release her old songs on a new label. And it was a very good decision because otherwise we didn't got the chance to listen to some of the most beautiful songs that was released this year. On this songs the magic of the early Belle and Sebastian appears once again. Of course it is just folk music with a touch of Americana and sometimes with a touch of psychedelic sounds but I simply love her voice and this is enough.

Some good songs on that record Walter