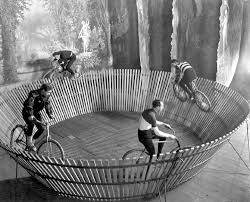 Listening to the sound of Hawkwind, Amon Düül and other kraurock bands brought me back to my younger days. A lot of bands were influenced to the sounds of the late 60's/early 70's and tried to make their very own of this. It makes me smile when some bands from nowadays were raised in this sounds. It is a heavy-psyche band from Philadelphia and they stuck in the sound of the late 60's. I hear a lot of MC5, early Hawkwind and the spirit of Motörhead. Good to have a band that transports this spirit to nowadays. A spaced out sound and the right one if you are in the mood for stepping backwards in music.

These guys don't mess around do they? An impressive racket.