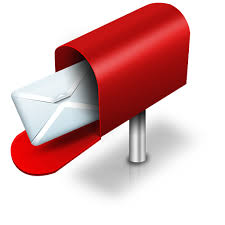 I subscribed several sites that promote new music. The recent days I finally found the time to check my e-mails with all the new records that was released during the last months. And I was surprised what great music was released and I didn't had it on my radar. It is too much for a single post so I will split it in various posts.

Let's start with London's Divisionists, a four-piece band playing their very own rock sound inspired by the rock history. You can find the melodic side of The Byrds, the guitar sound of Neil Young as well as a bit of Velvet Underground. Their first single is a catchy tune that reminds me sometimes at the era of pub rock and the guitar sound is a bit like Bob Mould. Namedropping? Yes but it is worth.

Inhalt (German for content) is a San Franzisco based band around Swiss born singer Philip Winger and took me back to the days of DAF, Front 242 and other bands from this genre. But with all their coolness and monotony this guys know Giorgio Moroder as well. Maybe it is sentimental but thank you guys for this trip into nostalgia.

Never thought that Italians can make a British sound like this. Influenced by The Cure, The Smiths and soft Sonic Youth Someday doesn't copy. They take the best of their influence to create a sound of their own. Someone said about them: "A sound that skips nonchalantly through impressive passages of alternative rock peppered at times with melodiously dark guitar progressions, atmospheric post-rock reverberations and interesting vocalisations" Nothing more or less.

The next band in this round is from Dublin but this duo don't stand for traditional music. Analogue Wave is an electronic duo with breakbeats, vocals and synths. Hope is a sonic call to arms in a world spinning wildly out of control, both politically and climatically, with no hope of a positive ending in sight. Seldom combined a political message with electronic sounds like these. A band to watch.

Yep, I think Divisionists are the pick of the bunch for me too Walter.