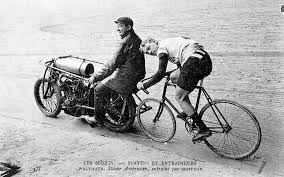 In 2014 West Sussex duo Royal Blood appeared on the scene with their self titled first album and I played it often then. I liked their raw sound only played by bass and drums. Influenced by blues rock, hard rock and a bit of psychedelic rock they made the difference to others in this genre. Now they announced their next album and they released a new single. It is as we used to know - just simple and propulsive drums and almost the whole song a bass solo. Seems like the British make the better kind of stoner rock.

Not too sure....thought they sounded a bit like early Muse. It is so difficult to keep up with all the new bands and new music..I don't know how you find the time!