Purchased (Not Only) Because Of The Cover 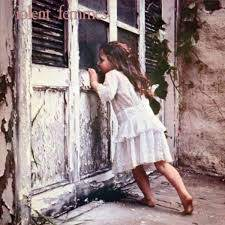 A few months ago I started this series featuring albums that impressed me with a great cover art and fantastic music.  I stopped it because I thought it is enough but there are a lot more albums to feature. So I decided to continue this series from time to time.
In 1983 Violent Femmes appeared with their self titled album on the scene. The cover shows a three-year-old girl looking curiously into a weathered window. And as I saw the cover the first time I was as curious what kind of music the cover contains. Gordon Gano's folk-punk grabbed my attention from the first chords of Blister In The Sun. 1983 brought a lot of great albums but this one was on heavy rotation in this year. In autumn of this year I was lucky enough to see them live in a small venue in Tübingen together with my youngest brother. We both were fascinated by the semi-acoustic gig where they played all the great songs from the first two albums.
Violent Femmes - Blister in the sun
Violent Femmes - Add it up
Violent Femmes - Gone Daddy gone
Violent Femmes - Kiss Off
Eingestellt von Walter um 06:11

Top choice, Walter... and there's definitely something about that cover which stands out.