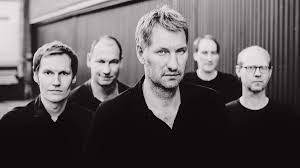 Inspired by bands from the first wave at the end of the century a second wave of Hamburg school appeared on the scene. Learned by guitar based indie-rock many bands refined the sound with string or horns but always on the basement that other groups have prepared. The classification of Hamburg school has come to a trademark for indie-rock with German lyrics. The most successful band of this genre might be Kettcar because they are the best examples for German lyrics with guitar inspired indie-pop.

Also named should be those bands: