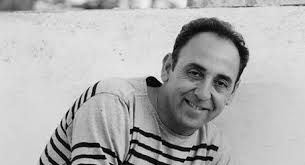 Yesterday the sad news arrived that Jose Padilla died last weekend at the consequences of bowel cancer. Padilla got famous when he was DJ-ing in the mid 90's in Ibiza's Cafe Del Mar. He was maybe the first one that played soft flowing electronic sounds while the visitors of the bar was watching the sunset. His compilations of the so called chill-out sound were often played in pubs and bars during the end of the last century and he was part of the Ibiza sound. His musical taste was documented on the first compilations when he brought  Andrew Weatherall and A Man Called Adam to a major audience.