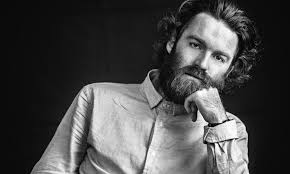 No, this posting has nothing in common with David Bowie's fantastic album from 1976. It is about the new song by Nick Murphy who reanimated his alter ego Chet Faker. After a couple of years travelling through the world an recording at places where he was inspired he returns with a new album that will be released in a few months. I always liked him and his falsetto voice and featured him on these sites and I have to admit that I almost forgot him. But now he comes back with a soulful song with warm claps and a soft flow with insights of an older man.