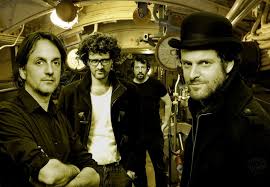 The Vindonissa Museum is an archaeological museum in the city of Brugg, Switzerland. It conveys the history of the Roman legion camp Vindonissa in the neighbouring municipality Windisch as well as the Roman cultural history. The museum has ancient sounds for the TUMULTUS series (cliff weapons, rattling armor, crunching grindstones etc...) and commissioned musicians to create a work. Now Swiss dub-artists Dub Spencer and Trance Hill released their work as Tumultus II. Nothing less than the Swiss artists' own dub cosmos was created by alienating the sounds, looping them and providing them with a corresponding portion of dub.