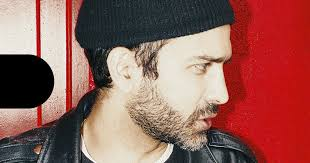 I had to take a short break, because I was stung by a wasp and the stings have been roused and made me spent several days spend with fever in bed. Now I am feeling better to offer you a track from 2012 that was re-released these days by L.I.E.S records. Produced by label boss Ron Morelli and Jason Letkiewic as Two Dogs In A House they made a Chicago influenced track with sci-fi synths and rasping drums. A trippy adventure for more than 14 minutes.

Two Dogs In A House - Eliminator

Glad you are feeling better Walter

I feel for you. I'm allergic to bee stings, and I managed to avoid this issue from May 1988 until August 2017. I got very sick both times. Believe it or not, I still have a minor side effect from that 2017 sting to this day. I hope you're doing well, my friend.