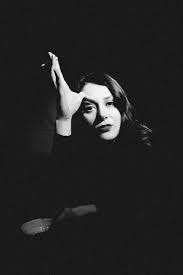 A few weeks ago when I was searching the internet I found another cover version of Bob Dylan's It's all over now, Baby Blue a song that was covered many times but the stripped down version by Melbourne based singer/songwriter Grace Cummings impressed me much.


The recent days Cummings released her first full album Refuge Cove. And her music has something of an asylum. Far away from main trends she made an album that could have been released 50 years ago. Mostly classic British folk with just an acoustic guitar and her throaty dominating voice that sometimes reminds me on Joni Mitchell make this record a little gem in a genre that really isn't my usual cup of tea.