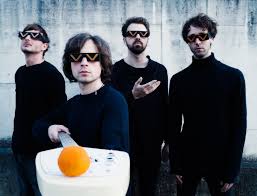 A few weeks ago I saw a few Austrian bands playing live on the festival in Mannheim. No one that played at this weekend impressed me much and I thought stopping presenting bands from my neighbours at this place if it ain't necessary. Stereoface from Graz released a new song You ain't Old Enough these days. Stereoface were formed almost ten years ago and the sing their songs in English. The sound could be described as pure Rock and Roll with dirty guitars and impulsive beats and they sound more British than any other band I know from Austria. Not the worst sound to start into the new week.