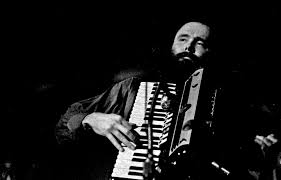 Today Garth Hudson celebrates his 80th birthday. He was a forming member of The Band and a much-in-demand and highly respected session musician. The Band was the one of the first bands who lead me into traditional American music. And still I go back to this kind of music from time to time. They were very different to lots of other bands in the late 60's when guitar solos ruled the world. It was the organ sound of Garth Hudson (and the voice of Levon Helm) that made their music extraordinary.

The Band - When I paint my masterpiece
The Band - Chest fever
Eingestellt von Walter um 06:40

Great post Walter. Many happy returns of the day Garth.