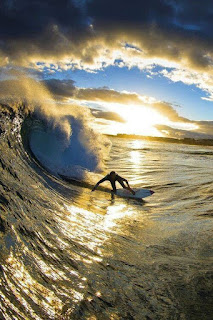 Another band I've never heard before and was recommended by my youngest brother are It Hugs Back. It is another London based band that released several records during the last years. It Hugs back was formed by Matthew Simms who played guitar by Wire for a few years and Pete Fowler, Super Furry Animals. Their music can't be described as post-punk or alternative rock like you may expect by them members. It is more a frantic burst of kaleidoscopic guitar pop with exuberant synths, some piano parts and emphatic vocals.

There were so many songs to feature but only a few today. Go Magic is a brilliant glam-rocker with a pounding groove, sharp guitar riffs and vocal delivered through a loudhailer.


Waiting Room is a delightful, with aching and countrified harmonies and some superb guitar picking.


On their last track Skateboard Rhythm they transform a low folk song into an euphoric Krautrocking jam.

Thank you Martin - this post is dedicated to you
Eingestellt von Walter um 09:15

A band that had escaped me too, Walter. Really like what you've posted, will be checking them out.

Escaped me also Walter. Will need to listen to some more, liked what I heard today.

The posted songs showcase how the band sounded in the past. What really called my attention was their newest release SLOW WAVE. It is streamed on soundcloud in its entirety. Walter, please check out: https://soundcloud.com/it-hugs-back/sets/slow-wave - as the new album sound completely different.

Martin, I got SLOW WAVE now and listening to it. You're right: very different now. It's more retro sound than before - no more Krautrock influence and therefore some beat guitar and organ sound. Love it as well