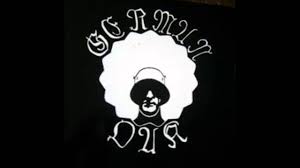 I've been reading about this one Walter. Good to have the chance to check out some tunes. thanks.