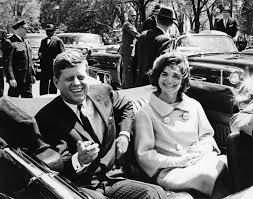 It was a big surprise when I heard the news that Bob Dylan released a new song. I didn't expect much than another good song but never that he is able to make maybe his final masterpiece. Just his voice speaking the verses and orchestrated with a piano and a cello is not new but he is looking back for almost 17 minutes what happened in November 1963 in Dallas, Texas. For many faith, hope and charity died when JFK was assassinated. The song circles round that 22nd of November, 1963 and takes different perspectives, under it also those of the murdered president, then again those of a fierce mafia which has already chose his successor. But then the perspective widens in a cultural-historical: It becomes a big song about the sixties, about old american hopes and dreams and their bursting. "I'm going to Woodstock, it's the Aquarian age/Then I'll go to Altamont and stand near the stage."

The murder before the stage of the Altamont festival in December, 1969 is only another in a long row which shows that is a little bit decayed in the whole country – till this day, the song seems to want to say. It should answer apparently also the question what comes after blues. Like the Rolling Stones sang finally the murders of the Kennedys were you and me. To warn about it can never be wrong. America's secret president Andrew Cuomo has just said, in the current predicament one sees from what the people are made real from. Bob Dylan has added a personal statement to his song: „God may be with you.“ After blues only gospel can come soon.

Concerning the JFK assassination and so much more. A terrific, unexpected gift from Bob.