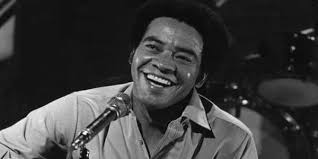 Bill Withers died last Sunday at the age of 81 but it was reported just yesterday. He had an incredible talent in writing great songs. It is evidenced in the mass of cover versions of his songs. Also other artists like Isaac Hayes played his songs in live concerts. He was a bit of a poet in his songs and many are familiar with his songs. Another great one is gone. This is a footage that shows his abilities of playing live in the early 70's in German TV-show Musikladen.

Rest easy Bill and may you be reunited with your Grandma.

Spent the evening compiling my Top Ten Bill Withers tunes. So many great ones to choose from.