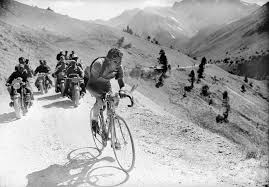 There are bands that are great in their home country but less known across their borders. Mammut from Iceland is one of them. Formed in 2003 as ROK an all-female trio they changed their name a few years later when male musicians joined the band. I don't know anything  about ROK but I listened to some songs by Mammut from their latest album this weekend. The sound is built over the voice of Katrina Kata Mogensen which is similar to Björk. In their sound I hear a bit of early Sugarcubes (in which Morgensen's father played bass) and on this song influences of Talking Heads.

I love Mammút. Interesting that they've released the new album in English - perhaps an attempt at gaining the global audience they deserve.