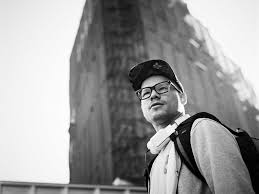 Today's track is by SK Intvitational a band from Salzburg, Austria formed in 2006 by Stephan for a final concert of his university. They started to experiment in the coloured box of black music. Starting with dancehall, Drum 'n' Bass they shortly arrived in Hip Hop. Their first record got critical acclaim but nevertheless they moved to NYC. Now they are back with a collaboration with the Hip Hop collective M.O.P. The result is a wreck of full energy; it is burning and bouncing and it grooves like an unknown hit. The sampled guitars reminds to the early Public Enemy sound. Funk, fanfares, explosion.