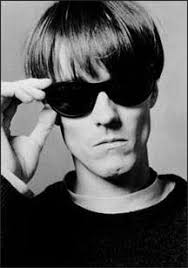 Peter Kember aka Sonic Boom released another song from his forthcoming album in June. I followed him from his works as a part of Spacemen 3 when they made a few of the best fuzzy and psychedelic albums in these decade. Now his music is a bit softer but never boring. Guitars were replaced by 70's synths, the bass-line brings back memories from an 80's Yamaha and you will get satisfied if you dig deeper into the various layers of his sound.