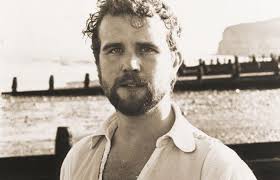 It was in 1977 when punk broke up usual listening and lead me to a new kind of music I use to listen until now when an album was released that was totally different to the new kind of music and traditional mass music as well. John Martyn released One World an outstanding album under a lot of great albums he recorded in almost 40 year career. With this record he said goodbye to many rules in music business and created his very universe of experimental works with futuristic atmospheres reggae influenced rhythms free-flowing jazzy arrangements. When he made this album he might not have thought that his soundscapes should get a heavy influence into today's ambient sounds. My first thought was to present his collaboration with Lee Perry but this was featured many times before so here is the last track of the album.

John Lydon - even when he was a Sex Pistol - was a big fan of John Martyn.

This has always been a favourite of mine, great tune.