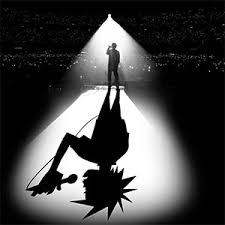 Last week I listened to Momentary Bliss, the latest release the last release by Gorlillaz. It is nothing spectacular and just what you can expect by them. More interesting is the story behind. Gorlillaz's mastermind David Albarn dreamed of an easier way to release music away from the complicated mechanisms of music business in which it lasts forever until a band has enough songs together to release an album. He decided to start a project called Song Machine where he will publish ne songs without stress, without concept, without calendar in the course of the year now and again. The first of these musical diary entry is Momentray Bliss, a collaboration of Albarn withUS-punks Slaves and British rapper Slowthai and as you can see in the video the result is an immediate, relaxed small piece of a pop song.